How to quickly set up a Centreon 21.04 with Vagrant

As published on our blog, we are very happy to share with you the release of the latest Centreon 21.04 version. This is the third time that the Centreon team successfully released a new major version under lockdown mode.

Before making the release generally available, we needed to test and validate the new version with all its new features and changes. We also asked for help from our community and some members agreed to test the beta packages. We’re grateful for their help!

In order to speed up the setup of a Centreon environment for testing purposes during the QA phase, we used several solutions such as Docker containers deployed on Portainer, VMs deployed on AWS or VMs locally managed by Vagrant.

In this blog post, we will show how to quickly set up Centreon 21.04 with Vagrant.

According to the Vagrant official documentation, Vagrant is a tool for building and managing virtual machine environments in a single workflow.

In other words, Vagrant is a tool that allows you to create, configure, and manage virtual machines through a CLI (Command-Line Interface). So this is a layer of software between a virtualization tool (such as VirtualBox, Docker, Hyper-V) and a VM.

Vagrant uses a concept of “boxes” which are the package format for Vagrant environments. And in order to manage these environments, Vagrant uses a Vagrantfile, a standard format for describing an environment. According to the documentation, the primary function of Vagrantfile is to describe the type of machine required for a project, and how to configure and provision these machines.

Getting started with Vagrant

In order to install Vagrant, you can follow its official documentation here.

Set up a project

The simplest way to start a new VM under CentOS 7 for instance (it will generate automatically a Vagrantfile that you can modify later according to your use case).

You are now connected, via SSH, to your newly created CentOS 7 VM!

You may have noticed that this VM does not come loaded with Centreon 21.04! Fortunately, Vagrant supports automatic provisioning that could be achieved with our unattended.sh script available on our GitHub repository. Don’t worry, we will provide a complete Vagrantfile below 🙂

You may consult the CLI documentation to get more information. Below some useful commands that will help you to manage your VM.

By executing the following instructions, you will be able to initialize a new CentOS 7 VM with a Centreon 21.04 central server.

A few minutes later, your VM is initialized and you will be able to access to the Centreon web interface at http://192.168.150.2/centreon with these credentials: admin/centreon

One Vagrantfile to rule them all

If you want to manage multiple VMs at once, you call add instructions (for managing a VM) in the same Vagrantfile as below.

It will create several VMs that you can use for testing a distributed environment:

You still can use the usual vagrant command to manage each VM individually like:

This environment represents multiple VMs. The VMs are all listed above with their current state. For more information about a specific VM, run `vagrant status NAME`.

A few words about the environment variables in the Vagrantfile

As you can see, here the provisioning consists of executing the unattended.sh script exactly like you would by following the instructions available on our download.centreon.com website. This script execution will depend on the parameters given in input. In the case of using Vagrant, we can set these parameters as environment variables for the provisioning.

As you can see,Vagrant allows our team to very quickly initialize a local environment. Indeed, in a few minutes, you can have an environment with a ready-to-use Centreon instance on CentOS 7 or Oracle Linux 8. For your information, for a testing purpose, we also used a RHEL8-box Vagrantfile with an automatic subscription registration mechanism. We are now working on the next step by building official Centreon boxes that we will provide directly on Vagrant Cloud. Please stay tuned! 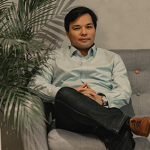 Hung Bui is Chief Technology Officer for Centreon, leading the company’s research and development. In this role, Hung oversees technology strategy and product engineering, currently focused on innovations such as AIOps, which combines artificial intelligence, machine learning, analytics and other advanced technologies to improve IT operations. Prior to joining Centreon, Hung held a senior technology role with FastConnect, a cloud computing and performance-led company. Prior to this, he held roles in PKI and digital signature solutions with a variety of software editors. Hung holds a degree in computer science engineering from ESIEE Paris.
Tags : Community