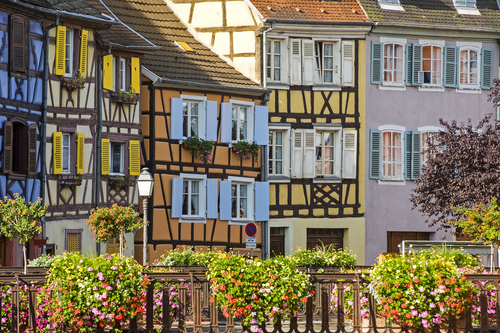 By centralizing its monitoring with Centreon, the departmental council of Haut-Rhin (France) increases its productivity and proactiveness!

In 2010, when the French departmental council of Haut-Rhin IT department decided to consolidate its IT and seriously upgrade its business applications, it chose to structure its monitoring using a single, central and ergonomic tool. The objective was to centralize monitoring data, give users a better service, increase visibility and productivity, and better control IT resources. The project kicked off with only one monitored server and Centreon’s open source solution. A few years on, all the targets have been reached and even exceeded, with productivity increased by almost 30 minutes per operator per day. Currently the entire IT is monitored, including its critical business tasks, using the Centreon solution which has become a key tool for the teams.

"We were looking for a flexible and open monitoring solution that would allow us to have a single point of entry to control our IT. The objective was to consolidate all monitoring data to then analyze our IT resource consumption and rationalize our IT resources."

On its territory, the departmental council of Haut-Rhin is in charge of social welfare, professional insertion, care for the elderly and the disabled, child protection services, as well as secondary schools and road infrastructure.

In 2010, the IT department, which has 50 staff, undertook a phase involving the consolidation of its information system and the upgrade of its business solutions (HR, management, finance, etc.). At that time, the issue of single, centralized monitoring became obvious. Historically, the Production team monitored hardware and networks using the monitoring solutions provided by the hardware suppliers. “There were several Operating Systems cohabiting together and as many monitoring systems - including a very basic internally developed one - that didn’t include any notions of service”, recalls Rédouane Majjad, IT production manager for the departmental council of Haut-Rhin IT department.

“As our IT increased in quality, it became imperative to have a single monitoring solution that was capable of controlling our business applications and informing our users upstream of faults and malfunctions , of developing pro-activeness within the IT production department and improving technical services and business application availability.”

This was the starting point for a technological watch to identify the IT monitoring tools on the market that met the criteria defined by the team, as Rédouane Majjad explains: “The solution had to allow us to monitor the health of our IT, provide optimum services to our users, prevent and anticipate faults, but also better
control our production resources”. In fact, beyond monitoring the health of the IT, the objective behind deploying a single IT monitoring solution was to consolidate all the monitoring data in order to measure IT resource consumption and rationalize production resources.

The Centreon monitoring solution was quickly identified by the teams who, at the time, were won over by its Nagios base and its openness, but also by the availability of ready-to-use plugins which would make them save a lot of time. “We were already collecting data on the consumption of our virtualized servers using VMware, and we wanted to centralize all our monitoring data to a single tool with a single interface. Centreon has those capabilities. The POC (Proof
of Concept) was the final touch in convincing us and the choice we made was subsequently consolidated!“ says Rédouanne Majjad. The teams were quick to appreciate the attentiveness of the Centreon teams and the solution’s high levels of flexibility, making it possible to use both the ready-to-use plugins (Plugin Packs) and to write scripts. The first deployments were of Centreon open source on a perimeter that was to continuously expand and lead to the teams choosing the Centreon Business Edition, including ready-to-use connectors (Plugin Packs), views and custom dashboards, service mapping and analytics and reports, in order to give the monitoring new enhanced possibilities.

"We structured and centralized our monitoring in a single tool. All operational tasks are monitored, as well as business applications and social applications, the availability of which is critical for our users."

The scope of the monitoring now covers the entire IT (database servers, central server, services such as storage, web services, business applications, etc.), representing over 1,000 hosts and 12,500 services. “All operational tasks and processing jobs are monitored, some every 5 minutes, using an interface with the Open Source Job Scheduler, and each new application is monitored”, explains Rédouane Majjad. “We have almost stopped using the tools provided by the hardware providers, except occasionally to collect data. We have structured and industrialized our monitoring over a wide perimeter, from operational tasks to business tasks, with social application monitoring, of which availability is critical. We also control the processes to dematerialize our invoicing. “ The benefits are many and varied and have changed the way the teams work, which is now supported by the centralized solution on an everyday basis. Thanks to the deployment of Centreon, many processes have been automated, thereby offering significantly improved efficiency. “The IT department’s productivity has increased and our production operators have saved on average 30 minutes every day on incident management. Repetitive tasks are gradually disappearing in favor of more value-added tasks”, underlines Rédouane Majjad. The monitoring tools have been made available to the technical department which automatically has real time data and cartography tools for each department.

The next steps are to develop new automation using ITSM’s ServiceNow solution in order to automatically create tickets and strengthen communication with business using Centreon’s cockpit views and custom dashboards. The IT production teams are considering widening the use of monitoring to other departments,
confirms Rédouane Majjad: “We have set up a network and Wi-Fi map view, giving us a view of the whole network and the possibility of easily zooming in on incidents. We would like to offer the use of this tool to business in order to better communicate with them. In parallel, we’re developing dashboards for users to show that the IT department is doing its job through facts rather than impressions! “

"Not only have we increased our productivity - 30 minutes per day and per operator - but we also now have a single view, better visibility and tools to highlight the value of the IT department’s work. We can no longer do without Centreon. It’s become a reflex: before any project, we think monitoring!"