Centreon provides clarification following the publication of the ANSSI Report 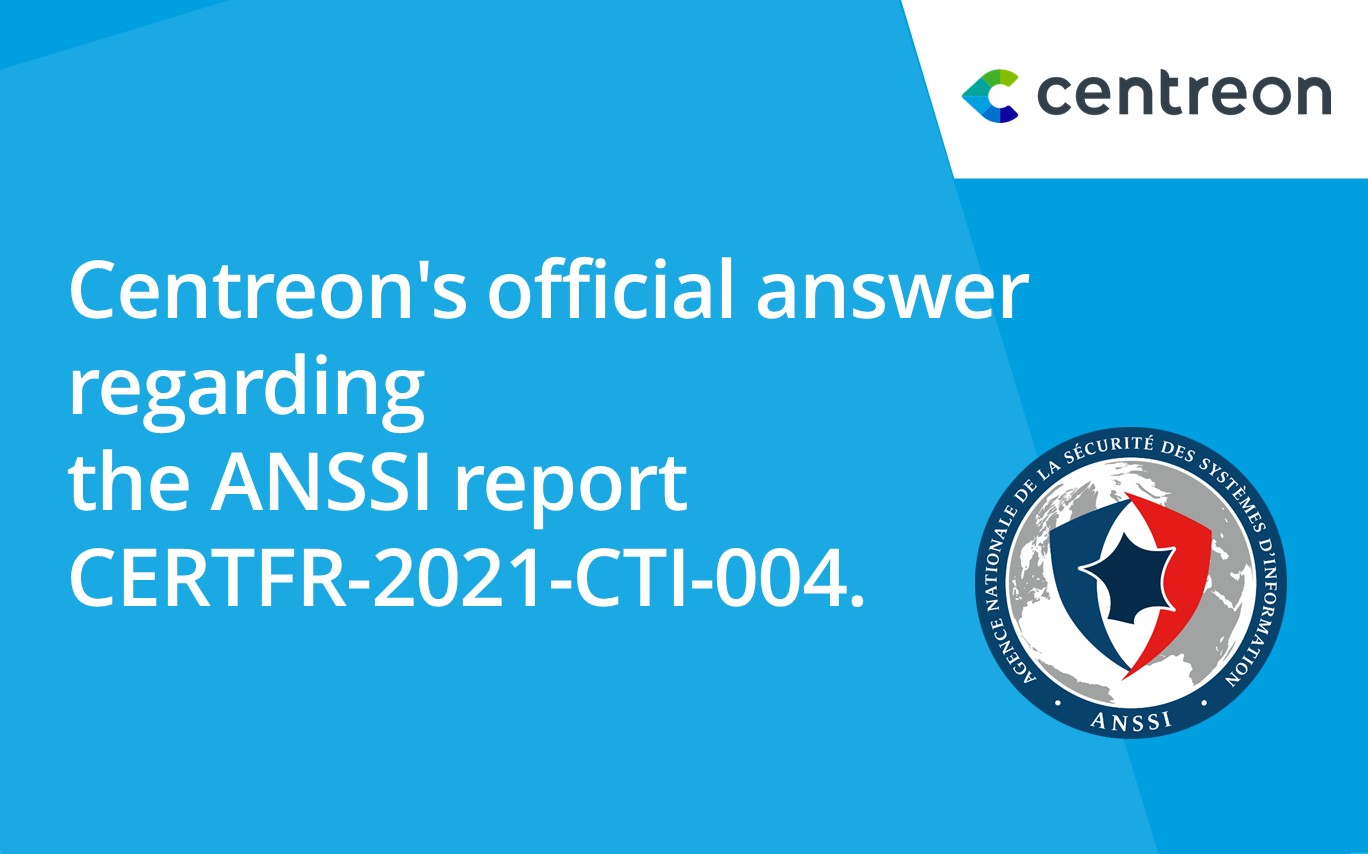 Centreon customers are not affected. Reported campaign concerns an obsolete open source version of the software for which users did not follow ANSSI’s cybersecurity hygiene recommendations.

The report was published yesterday, February 15, on a suspected security vulnerability in the Centreon monitoring software platform. This report could mislead individuals to believe that the solutions provided by Centreon would present security flaws.
This Centreon press release clarifies the facts in light of current knowledge concerning the identified campaign and its exchanges with the ANSSI. In addition, Centreon calls on companies and public organizations to respect the ANSSI IT Health Recommendations and to preferably use updated and supported versions of its solutions.

Centreon is a global provider of business-aware IT monitoring for always-on operations and performance excellence. The company’s AIOps-ready, business-aware IT monitoring platform is renowned for its unique ability to monitor today’s complex and converging infrastructures, from Cloud-to-Edge. Privately held, Centreon was founded in 2005 with roots in open source software. The company continues to steward a dynamic open source framework and a growing, vibrant global community of 200,000. Today, Centreon is trusted by organizations of all sizes across a wide range of public and private sectors. Its head offices are located in Paris and Toronto, with sales offices in Geneva, Luxembourg and Toulouse.