Centreon State of IT Monitoring Survey 2020: IT monitoring budget increases after COVID-19 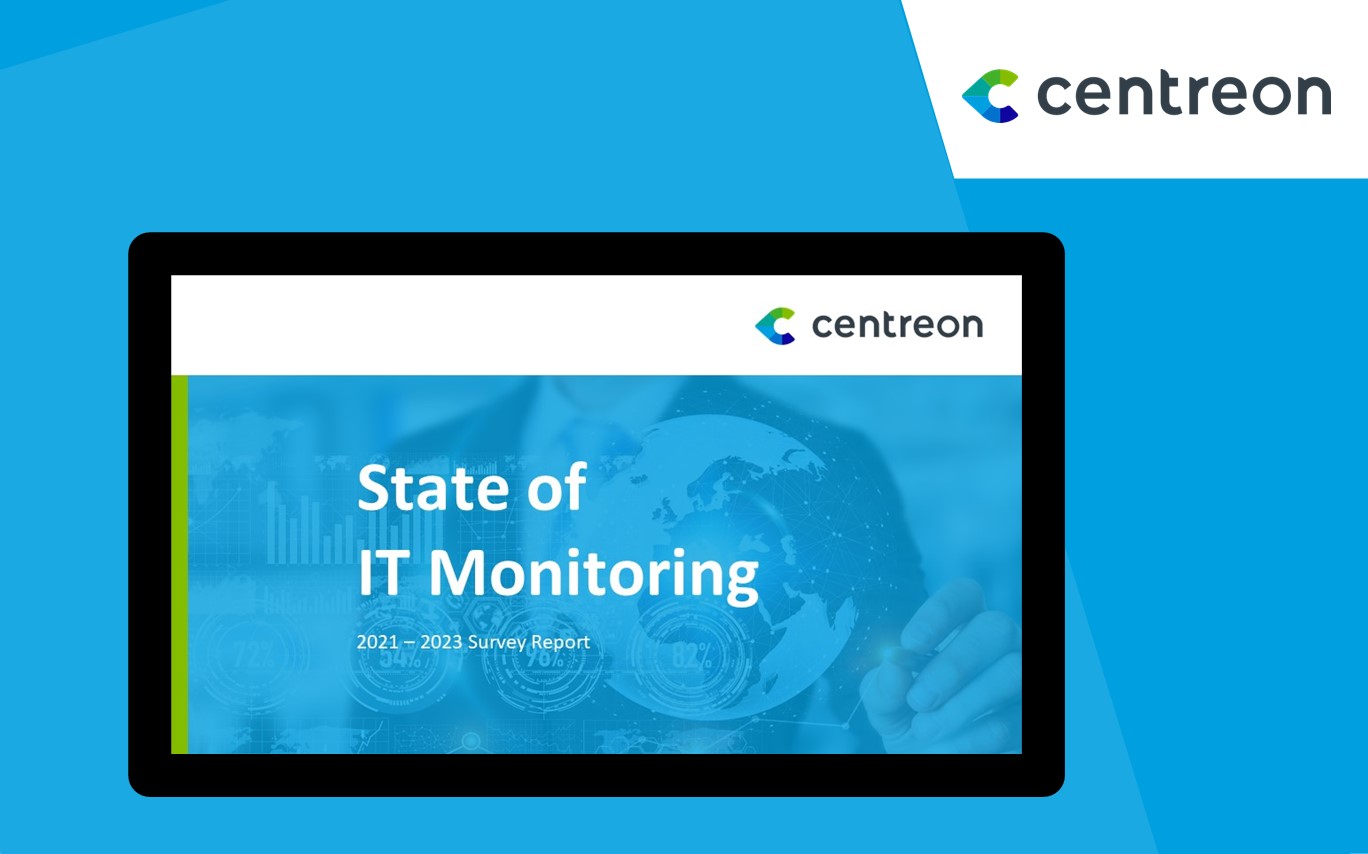 This first edition, conducted among 600 IT professionals, confirms the strategic importance of IT monitoring and the maturity gap between Europe and North America.

Toronto & Paris – October 15, 2020 – Centreon, a trusted global provider of business-aware IT monitoring for always-on operations and performance excellence, releases its first State of IT Monitoring survey. The survey was carried out among 600 European and North American IT professionals and confirms the importance of IT monitoring in corporate governance, despite a perceived lack of visibility over IT performance levels.

It also highlights growth trends in terms of investment and recruitment in monitoring. Furthermore, it reveals that the rapid transformation of infrastructure driven by Cloud, Edge and IoT Computing is paving the way towards deploying new monitoring practices, with a maturity gap between North America and Europe.

Findings also show a significant difference between the two sides of the Atlantic: when asked the following question: “in your opinion, which of the following technologies / trends will impact your IT monitoring practices over the next 3 years?”, respondents in North America identified, in order, IoT, Edge Computing and Big Data while respondents in Europe indicated Big Data, IoT and AI/Machine Learning.

Finally, while the survey highlights a general trend towards increasing the share of Cloud, Edge and IoT over the next 3 years, it appears that Europe is lagging behind in implementing the Cloud, compared to North America. Europeans, who are slightly less inclined than North Americans to anticipate extending monitoring to the Cloud, forecast a higher increase in the share of the Cloud in their infrastructures over the next 3 years.

Romain Le Merlus, Co-Founder and CEO Centreon North America, comments: “As a major player in this market, we are not surprised by the results of this survey, which highlights the growing importance of IT monitoring. Trends in our business are like a wave that often moves from west to east, starting in the US and ending in Asia. We are also aware of our role and responsibilities in supporting IT departments on the hot topics highlighted in the study, such as holistic visibility from the Cloud to Edge and the necessary alignment with business management.”

Download our State of IT Monitoring. Based on an international survey commissioned by Centreon, this study conducted by Vanson Bourne was carried out among 600 IT professionals in companies over 500 employees, in the 7 following countries: United States, Canada, France, United Kingdom, Germany, Italy, Spain.

Centreon is a global provider of business-aware IT monitoring for always-on operations and performance excellence. The company’s AIOps-ready, business-aware IT monitoring platform is renowned for its unique ability to monitor today’s complex and converging infrastructures, from Cloud-to-Edge. Privately held, Centreon was founded in 2005 with roots in open source software. The company continues to steward a dynamic open source framework and a growing, vibrant global community of 200,000. Today, Centreon is trusted by organizations of all sizes across a wide range of public and private sectors. Its head offices are located in Paris and Toronto, with sales offices in Geneva, Luxembourg and Toulouse.